On October 23, 2013, elections of student self-government were held at the Republican Medical College.

The winner was the 2nd year student of the Department of Laboratory Diagnostics, Turlykozha Nurken, who received 50.5% of the votes.

To the elected chairman of student self-government by the director of the college Seidumanov S.T. awarded a medal and symbols confirming the victory in the elections.

On October 25, 2013, at the Dedication to Students event, the inauguration of the Chairman of the Student Parliament took place 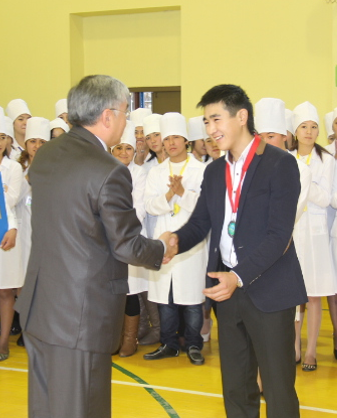 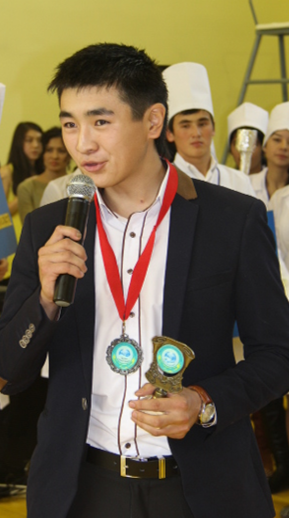 The charity action “Marathon of Mercy” in the relay race was taken by the medical colleges of the city of Almaty and the Almaty region. On February 28, a solemn transfer of the collected funds to the leadership of the Kazakh Scientific Research Institute of Oncology and Radiology and the Scientific Center of Pediatrics and Pediatric Surgery took place.

The main goal of the action is to unite students of medical colleges in a single mission: to provide all possible support and help to those who really need it – children who find themselves in a hospital bed!